I was charged with DWI and was afraid I was going to lose my license and my job. Randall gave me hope and told me I had a good case for trial, and kept me informed. In the end, the state dismissed my case before we even took it to trial. He was one of the cheapest lawyers I found but got me a result that was worth thousands. I strongly recommend Randall Howell. 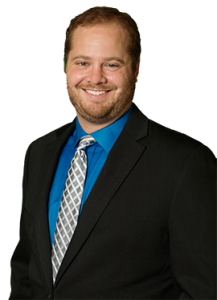 Randall Howell received his bachelor’s degree in Philosophy from the University of North Carolina Greensboro in 2006 and then went on to North Carolina Central University School of Law; completing his Juris Doctor 2009.  In December of 2009 Randall rented a small office and went into business for himself as a Criminal Defense Attorney.  In 2010 Randall’s client base grew too large and he brought in his mother, Marguerite Howell, to work as his office manager.  She has been a constant presence ever since.

Randall handle many types of cases including Simple Divorces and Personal injury, but spends most of his time on Criminal Defense work, particularly Driving While Impaired.  Randall has successfully completed the National Highway Traffic Safety Administration (NHTSA) 24 hour Standardized Field Sobriety course as well as NHTSA’s ARIDE (Advanced Roadside Impaired Driving Enforcement) class, giving him the tools necessary to properly evaluate Driving While Impaired cases and take them to trial.

Aside from his time attending North Carolina Central University Randall has been a resident of Greensboro since 2006. Practicing Criminal Law in Guilford County runs in the family, as Randall’s sister Leah Howell has been a prosecutor with the Guilford County District Attorney’s office for many years.  Randall attended state schools for both undergraduate and law school.  He believes that since the citizens of North Carolina helped provide him with his education, he as an obligation to make his services affordable to those same people.  Randall strives every day to provide the best legal representation possible for a price that everyone can afford.